You are here: What future for science?

What future for science?

A new journal presents essays that explore the scientific future of Aotearoa. 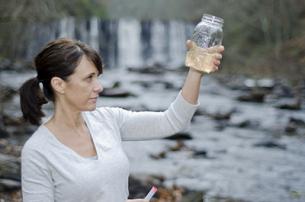 How does our country’s scientific future look?

This is a question explored in a new journal that is available free online during August.

The Journal of The Royal Society of New Zealand includes a dozen articles examining the future of research in Aotearoa.

Associate professor Ian Yeoman is a futurologist at Victoria University of Wellington, and guest editor of this issue of the journal.

“The volume asks questions about the future, aiming to understand what might or could happen.  We wanted to hear from experts in science, those that understood the bigger picture or those that could understand the dimensions and interconnectivity of science and how events could unfold.  Fundamentally, we were curious with what the future may be and how others imagined it,” he says.

“The critical role of science to New Zealand whether for social development, healthier society, a healthy environment or for direct economic growth is obvious; it is an essential investment that needs to be grown and sustained by both the public and private sectors. But science systems themselves will be subject to ongoing change because of external and internal pressures and with that the science community too has to accept change.

"The opportunities for New Zealand are real but a balanced and adequately funded science system is needed to exploit them – our country will be the loser if we do not,” he says.

Drs Rhian Salmon and Rebecca Priestley from Victoria University in Wellington examine science communication and engagement in their article ‘A future for public engagement with science in New Zealand’.

“We’re encouraging scientists to question why, and how, they communicate science. Is it to tell the world how great they are and why we should all trust them and fund them, or is it to help New Zealanders (and New Zealand) to make informed decisions about science and technology?

“Although New Zealanders appear to be supportive of the science sector (according to a recent survey), we still have a way to go towards a public who are truly informed and engaged with science. In order to achieve this, we need scientists who are more informed by and engaged with the public. In our paper, we argue that scientists need to be informed by research into science communication, rather than just doing science outreach in a reactive or intuitive way, and that science degrees should include courses that critically examine the role of science in society.

“In addition, rather than the current focus of celebrating individual superstar scientist-communicators, we need a general raising of the bar for communication and public engagement right across the science sector.”

In his article ‘What future for science?’ retired scientist Dr John Robinson explores how changes in science policy have shaped the sector and what that means for the road ahead.

“What should matter most to science is the fate of this damaged planet,” he says.

“When the scientific establishment was run by scientists, the DSIR [Department of Scientific and Industrial Research] supported a search for answers to that wide-ranging holistic question but such initiative has no place in the current divided discipline-oriented system. The organisation of science must return to first principles and control of its own budget, priorities and freedoms so that scientists can consider inconvenient questions,” he says.

What future for science?
Categories