You are here: Science Education and Culture » Getting it out there – 2016 Science Journalism Fellow Meena Amso

Getting it out there – 2016 Science Journalism Fellow Meena Amso

Proving that there’s never a bad time to change course when we work out what gets us out of bed, 2016 Science Journalism Fellow Meena Amso was lost to pharmacology not long after graduating with a degree in it – and it’s all Oprah’s fault. 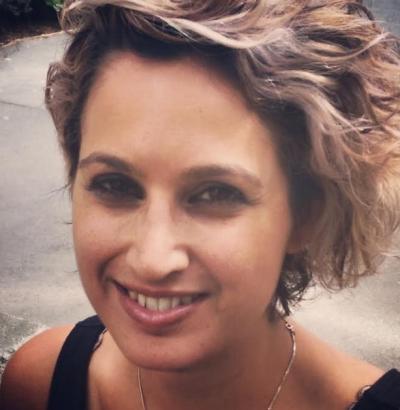 Meena emigrated with her family from Iraq aged 14 and graduated from The University of Auckland with a Bachelor of Pharmacy, followed by a Postgraduate Diploma in Public Health. She’d also made her own documentary – Into the Deep, about a life-changing trip to Tonga.

But watching talk-show doyen Oprah Winfrey being interviewed on YouTube one day convinced Meena that her future lay in getting science news ‘out there’.

“I became a pharmacist initially because I wasn’t quite sure what direction I should take. I knew from way before that I was made to make a difference and drive change.

“I realised that my place to make a difference was going to be outside the four walls of pharmacy and in the newsroom, where I could chase stories and talk to people who are in a position to influence policy and drive change.

“I love the notion of getting out and interviewing people, publishing stories, having a television talk show and engaging people at home with pressing issues in our time. It is also just a matter of time before I use what I know in pharmacy in what I do in the newsroom.”

What is your favourite area of science, the one you love reading and writing about the most?

“I am interested in maintaining a good sense of wellbeing, in what makes us healthy, beyond biology and physical anatomy. So things like good housing, clean drinking water and good relationships.”

What would be your ultimate dream job in the media?

“To be a well known talk show host, where I could be in a position to conduct interviews with all sorts of people: the well known and the ordinary, from prime ministers and artists to great teachers and dancers.

What are the big science-related issues facing New Zealand?

Where do you see yourself in five years?

“That’s a very difficult question because I’ve found that the trajectory of my life can change very quickly in unexpected ways. But if I had to answer, it would be anchoring the news, presenting Breakfast on TV ONE, hosting a radio spot and making lots of documentaries!”

The New Zealand Science Journalism Fellowship is offered by the Science Media Centre with funding from the Association of Scientific and Technical Communicators (NZ) and is aimed at helping candidates with a science background to pursue a career in journalism.

Getting it out there – 2016 Science Journalism Fellow Meena Amso
Categories