This year is the worst ever for coral reefs – which is really saying something – but last week there's been a little bit of good news for a change. 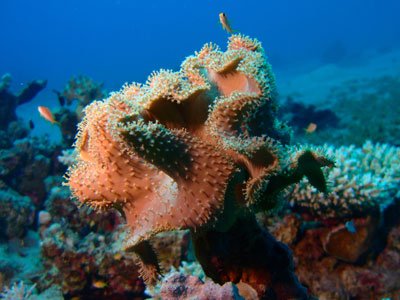 Distracting us momentarily from the seemingly unstoppable bleaching of one of Earth’s most complex ecosystems, a new coral reef has been discovered right under the noses of scientists in the most unlikely place.

The discovery of a new reef is a very big deal, particularly because it’s been discovered at the mouth of the Amazon River, where coral was thought to have no business whatsoever.

Coral grows only in salt water, so river mouths usually mean a break in a coral reef – a godsend for large ships, as sometimes it’s the only way they can get anywhere near the coast. Rivers also carry massive amounts of silt and mud, which block the sunlight needed by shallow water species.

All of this means that the mouth of the Amazon River – Earth’s most voluminous discharge of freshwater from land to sea – is about the last place you’d think to look for coral. So nobody did.

The reef is reportedly 960 kilometres long, and is between 30 and 120 metres deep.

One of the reasons it has been able to survive – and compared with most coral reefs just now, it’s in rude health, it turns out – is that, while the Amazon desalinates surface water far out to sea, currents at greater depths keep the water salty enough for coral organisms to grow.

The brand new reef will take years to survey entirely, and it is thought to be less biologically diverse than others, but, nevertheless, it’s an important discovery. The reef also demonstrates an ability to adapt to changing water conditions, meaning lessons could be learned here that might be applicable to the other coral reefs of the world.