You are here: Fish 'sing' at dusk/dawn like birds!

Putting paid to our idea of fish as the unblinking mutes of the sea, scientists have plenty of audio evidence that some fish species break into a collective dawn chorus, just like birds do. 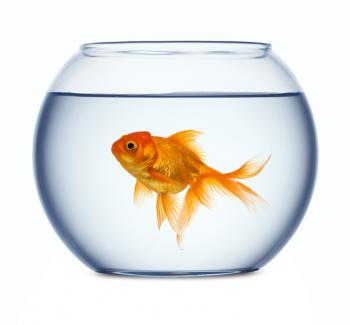 Literary portrayals of our oceans beneath the surface often talk about the 'silent depths', reinforcing our impression that there's not much going on down there. In reality, the world beneath the waves is a deafening cacophony of voices: some 800 species of swimmers have so far been identified as making some kind of detectable vocalisation.

"I’ve been listening to fish squawks, burble and pops for nearly 30 years now, and they still amaze me with their variety," Robert McCauley from Curtin University in Western Australia said to Greta Keenan from New Scientist. "We are only just beginning to appreciate the complexity involved, and still have only a crude idea of what is going on in the undersea acoustic environment."

McCauley and his group recently finished an 18-month study of fish vocalisation, in the waters of the coast of Port Headland in Western Australia. During the study, Robery and team identified seven distinct choruses, coinciding with both dawn and dusk, just like birds do back here on land.

Before you go imagining some kind of mellifluous symphony of the sea, calling it a dawn 'chorus' is probably a bit euphemistic. The conversation down below is conducted in noises we would liken to hoots, moans, grunts, groans, thumps, and barks, according to a piece appearing in the New Yorker by Emily Anthes. Here's and example of black jewfish, tiger perches, and batfish having a good evening sing-along. Not exactly choirs of angels.

Really, we shouldn't be surprised that fish turn out to be just as noisy as land based life. Shouting is the best way nature knows of to get attention, whether that of a potential love interest, a food-providing parent, or one's mates when something hungry this way prowls.