You are here: International sustainability expert takes on role at VUW

One of the world’s foremost experts in sustainability has joined Victoria University of Wellington in a role dedicated to what she calls “one of the biggest global challenges of our time.” 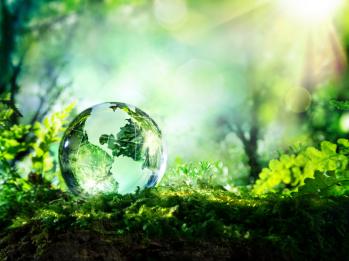 The plaque on the door of Associate Professor Marjan van den Belt’s new VUW office says ‘Assistant Vice-Chancellor (Sustainability)’. It’s a role she says Victoria University is far-sighted in recognising an urgent need for, and illustrates the university’s - and the country’s - commitment to doing something real.

“Victoria is the only university in New Zealand and one of very few, if any, internationally to have such a high-level role dedicated to sustainability as a focus across research, teaching and the running of campuses,” says Associate Professor Marjan van den Belt, Victoria’s new Assistant Vice-Chancellor (Sustainability).

Associate Professor van den Belt got an early taste of unsustainable environmental practices growing up in the 1970s in an industrially polluted suburb of Rotterdam in The Netherlands—where “the air was often so bad it was gag-worthy”, she says.

By the age of seven, she was doing her first ‘community organising’, having invented a game for children in her apartment block where they picked up cigarette butts, ice-cream wrappers and other rubbish residents threw on the ground, followed them home and deposited the items back in their mailboxes with a note saying: “Don’t pollute our streets!”

“We had a great time doing those things,” she remembers. “Of course I hope my methods have improved since then—but I still have that sense of responsibility and fairness.”

Internationally respected and sought after as an adviser and speaker on sustainability, Associate Professor van den Belt comes to Victoria from Massey University, where since 2009 she was Director and Principal Ecological Economist of Ecological Economics Research New Zealand.

To mark her arrival, tomorrow she will deliver a free public lecture reflecting on her life and career in sustainability.

As well as explaining the essence of ecological economics (which takes a system-wide approach to terms like ‘capital’ and ‘value’—i.e. natural, human and social capital are measured alongside financial and manufactured capital; and price is only one element of value), Associate Professor van den Belt will draw on such experiences as helping to found a co-housing community of privately owned energy-efficient homes in Vermont, United States, and running her own research consultancy on waste minimisation in Stockholm, Sweden.