You are here: NZ scientists join new search of the cosmos

Scientists from the University of Auckland are joining one of the most ambitious astronomy projects ever undertaken, as they sign up to the Large Synoptic Survey Telescope (LSST) project. 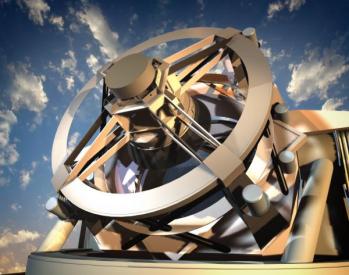 “We see this as potentially the most important astronomy project New Zealand has ever been involved with and we are extremely excited to be part of it,” says University of Auckland Head of Physics, Professor Richard Easther.

Equipped with the world’s largest digital camera at 3,200-megapixels, the LSST is a purpose-built telescope that will take repeated snapshots of the southern sky, each one the size of 40 full moons.

Over its ten-year lifespan, the data generated by the project will be measured in petabytes (one quadrillion bytes) and will be analysed by teams of astronomers around the world.

The telescope will map tens of billions of stars and galaxies, imaging most of the southern sky every few days. Using this data, scientists can find objects as far away as exploding supernovae at the edge of the visible Universe, to asteroids that can potentially collide with Earth.

Auckland scientists will use data from the LSST to find planets circling other stars, test theories of the origin and evolution of the Universe, and to search for entirely new classes of astronomical objects.

Professor Easther says that the LSST is an opportunity to participate in a project at the frontier of modern science. Beyond astronomy, making sense of the data delivered by the LSST will drive advances in statistics and machine learning, key components of the emerging field of “big data”, and create a wealth of opportunities for Auckland students.

Moreover, the University’s agreement with the LSST consortium will allow other New Zealand astronomers to join the project, making this effectively a national opportunity.

The LSST is a joint US/Chile project supported by the US National Science Foundation. It is located in Cerro Pachon in northern Chile and is expected to see “first light” in 2019 and be fully operational by 2021.