You are here: Addressing a national engineering shortage

Wintec has partnered with Waikato secondary schools to promote engineering as a future career. 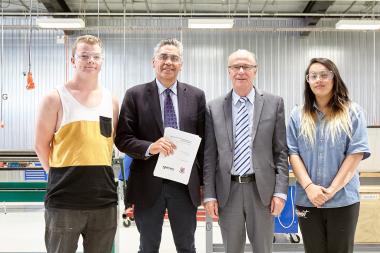 Waikato Institute of Technology (Wintec) is working together with local secondary schools to address the national shortage of engineers by moving more young people towards a career in the industry.

Together, they’ve developed a programme – the first of its kind in New Zealand – which aims to provide secondary school students with a pathway into engineering.

From February 2016, around 30 year 12 and 13 students from Hamilton’s Fairfield College and Fraser High School will spend two days per week of the school year taking part in engineering courses with learnings that will apply to mechanical and civil engineering pathways at Wintec.

During the other three days, their maths and physics school subjects will be specifically contextualised toward engineering. A Wintec engineering tutor will work with the schools to incorporate projects into their curriculum that teach the theory through hands-on application.

“At the end of the year, the students will have the necessary criteria to enter into and succeed in Wintec’s New Zealand Diploma in Engineering,” says Wintec chief executive, Mark Flowers.

“New Zealand needs more engineering graduates and primarily at the level of engineering technologist and technician, but there’s a public misunderstanding about the breadth and depth of the industry.

“There are a range of credible engineering roles that don’t require a four-year university degree, but that open up great career options for some pretty decent pay.

“The fact we’re not training enough people in this area goes right back to secondary school. Students need to take the right subjects like maths and physics in order to be able to move into an engineering diploma or degree and it’s much better if they can understand the relevance of these subjects to jobs like engineering. This programme aims to address this.” 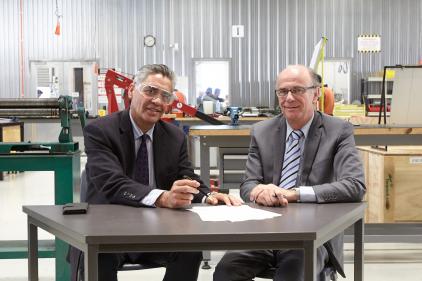 Fraser High School principal, Virginia Crawford says: “Creating purpose and context in learning with a clearer line of sight between what a student learns at school and how it is connected to the engineering vocation is a game changer.”

The results of the pilot programme will be evaluated at the end of 2017, with the aim of increasing the number of participating schools and students in 2018.