You are here: Science Education and Culture » Increasing diversity in science could be one way to fight inequality

Increasing diversity in science could be one way to fight inequality

There are compelling reasons for tackling the under-representation of different ethnic groups, women and those from low-income backgrounds in science, writes JAMES MOORE. 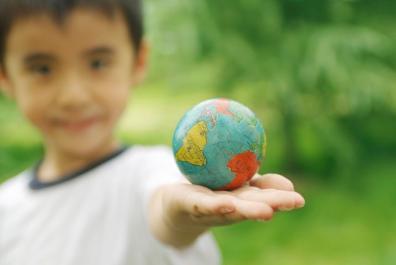 This article was originally published on The Conversation.

I am a scientist. I am also white, male and middle-class. There are a lot of scientists like me in the UK, and this lack of diversity within the scientific community is a concern.

There are compelling reasons, beyond basic equality, for tackling the under-representation of different ethnic groups, women and those from low-income backgrounds in science. I want to focus on the latter – a group that has received relatively little attention in debates concerning diversity in science.

A strong economic case can be made on the basis of a growing science, technology, engineering and maths (STEM) skills gap in the UK, with demand for workers with STEM skills outstripping supply. This gap is also expected to widen owing to shifting employment requirements (further increasing demand) coupled with political pressure to reduce migration (further reducing supply). There is, therefore, a pressing economic need to increase the domestic supply of STEM-skilled workers.

Part of the solution to this will be to increase the levels of STEM participation in those from low-income backgrounds. Interventions in schools may be particularly effective. Indeed, it has been estimated that if GCSE science results for pupils on free school meals were to improve to the same level as the rest of their cohort, the numbers of students going on to take A Level science would increase by 3,000-4,000 per year.

As a consequence we would see more individuals with STEM skills filtering into the workforce. Although this is not enough in itself to eliminate the disparity between supply and demand, it shows how addressing under-performance in science among low-income pupils would be beneficial here.

Beyond the economic arguments, there are also compelling social reasons why this diversity issue is important. We live in an age of great scientific and technological advancement. This affects us in various ways, from altering the nature of our social interactions to altering the employment landscape by opening up new career opportunities.

Because the reach of science and technology is so pervasive, it is becoming increasingly important to improve science literacy in those from low-income backgrounds. That is, we need to ensure that individuals across the social spectrum have a sound understanding of science (as well as technology, maths, and engineering). Without this there is a danger that individuals from low-income backgrounds will be prevented from full and active participation in society, and as a result, will be further disadvantaged.

Linked to this issue of inequality is the potential role of science careers in promoting social mobility. Although tackling this issue has been on the UK’s political agenda for some time, little progress (if any) has been made. Some data suggests that the UK is one of the worst performers in the developed world when it comes to social mobility.

Those with a first degree in a STEM subject earn around 4.5% more than those with first degrees in other subjects. This would suggest that a career in science could be an effective vehicle for social mobility, adding further weight to the case for tackling the under-representation of individuals from low-income backgrounds in science.

Science itself also stands to benefit from improving diversity. The importance of the human in the scientific endeavour is often overlooked: the individuals that make up the scientific community heavily influence the way science is done. The lack of diversity within the scientific community will, therefore, result in a narrowing of the kinds of questions we ask, the kinds of problems we think worth tackling and the ways in which we go about doing our work. A healthy science – and one working to its full potential – will be one that embraces diversity.

Finding effective solutions to this diversity issue will not be easy. Moreover, it will require efforts at all levels. Government clearly has a role to play, in both encouraging individuals from low-income backgrounds to study science and doing more to help them then pursue science careers.

-          James Moore is a senior lecturer at Goldsmiths, University of London.