You are here: Science, Science Education, and Values » Science symposium at Waikato

A symposium to be held in February will offer a chance to examine how we engage with emerging technologies and science. 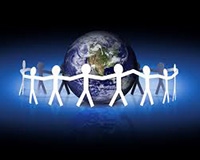 A symposium being held in Hamilton this summer will focus on re-shaping public engagement on new technologies and science that have the potential to be controversial.

New and emerging technologies are simultaneously playing with human hopes and anxieties. In the struggles between good and evil, utopia and dystopia, prosperity and poverty, new science remains riddled with controversy, pendulating between contradictory and conflicting sources of information. How can we facilitate public engagement on controversial science that goes beyond the usual pro- and anti- positions to create a mosaic for the future that features people’s aspirations in myriad shapes?  And how can we feed new ideas for policy makers to work with?

Hosted by an interdisciplinary team at the University of Waikato led by Associate Professor Priya Kurian and Professor Debashish Munshi, The International Symposium for Transforming Public Engagement on Controversial Science & Technology will be held over two days. The conference will gather together ideas on public engagement on new technologies from the sciences, social sciences, the arts and public policy, in addition to communication.

The event is funded by a Marsden Grant of the Royal Society of New Zealand, and will include discussions by academics, scientists, policy analysts and practitioners, environmentalists, and artists. There is also a panel on indigenous science which will feature Maori scholars such as Leonie Pihama and Sandy Morrison.

The symposium will also have a number of policy engagement sessions with the sharing of ideas and discussions, leading to a set of policy recommendations.