Stephen Dorey, HOD Science at Buller High School, says that the introduction of a science fair has built bridges in the community at large, invigorated learning, and created opportunities for cross-sector knowledge sharing. 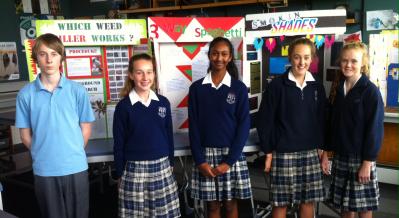 Stephen helped introduce the science fair to the Buller community after having lived in Nelson before moving down the coast, where he helped run a successful science fair for many years.

Originally from Canada, Stephen says that the science fair format ties together all curriculum

“If we look at the NZC, and the Nature of Science strand, it fits in with so much of that: participating and contributing for example. Quite often science projects that students will choose are related to things that are relevant to their community, like testing local waterways for example. The format of the science fair really is relevant across the entire Nature of Science.”

“In one science fair project, we can encompass all that we’re trying to do as science educators.”

Choosing a science fair project topic is the part that gets students invested in the learning, but the scientific rigour that must follow during their investigations is the learning main course, says Stephen.

“After coming up with their own idea, they have to apply the scientific method, and to me, that’s what we’re trying to teach.

Science fair learning takes place during class time, and although this is exciting for all involved, it’s also a recipe for sore feet, says Stephen.

“You’re just madly circulating, helping out with resources and that sort of thing. So it’s a really hectic two weeks. But we’ve seen the benefits, so we’ve decided that it’s worth the organised chaos!”

Stephen says that science fair is something that’s generated a lot of enthusiasm in the area, to the point that primary schools wanted their help to get involved. After being called on to judge primary school science fairs in the region, Stephen and his colleagues at the West Coast Science Teachers Association realised that the best way ahead was to bring them in.  A number of intensive PD sessions followed.

This has meant that primary teachers, who may not have had specific scientific training, can add to their confidence in teaching things like the scientific method.