You are here: Lost in Space 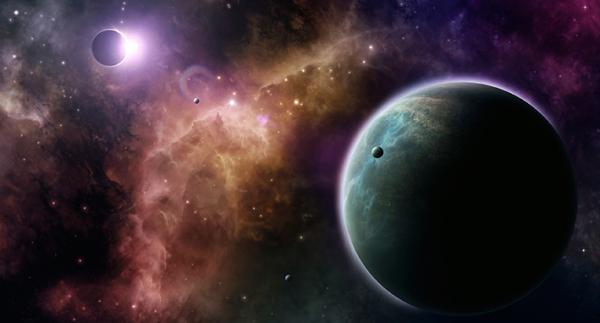 There has been much debate in astronomical circles about the rate at which the Universe is expanding, and why our observational data does not always support our calculated predictions.  A novel proposal by Ben Hoscheit, a student of Amy Barger (University of Wisconsin–Madison), to the American Astronomical Society, earlier this week, may help shed light on this anomaly.  Based on Barger's previous work, Hoscheit explains that our galaxy sits in a thinly populated void of the expanding Universe.  Our Universe is not uniform, but clumped and drawn into a complex network of tendrils by gravitational forces that we are only just beginning to explain.  This structure is filled with many 'holes' (areas of low density of matter), and it seems our own Milky Way galaxy and her nearby neighbours may lie in one of the largest!

This observation helps to calm the collision between the expected homogeneity of the cosmic background radiation and the data being collected by various state of the art telescopes.  The fact that our own region of space is vastly different to the majority of the rest of the Universe may help to refine modelling and lead to more accurate predictions or explanations of expansion, the past and the future.