You are here: Resolutions

Welcome to NZST 2018!  We hope you have all had a relaxing summer and made the most of the ‘Golden Weather’!  This year, promises to be an exciting year for science, and we will be right here to keep you inspired and motivated to bring a scientific mindset to every one of your students. 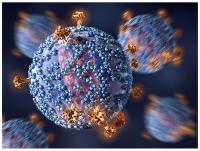 Artist's impression of Cassini at Saturn 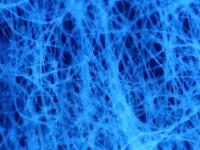 Underpinning these new opportunities were vast communities of researchers and supporters (political, financial and social), who ignored the political hysteria gripping the world, and got on with the job of learning.  The implications for this new knowledge far exceed the scope of this article, but you don’t have to let your mind wander too far, they pretty much speak for themselves.

Falcon Heavy Rocket will usher in a new age of space exploration and exploitation, While NASA will begin gathering data on our star and Jupiter;  The Parker Solar Probe will measure Solar winds in great detail, while Juno (probe) will dive into Jupiter’s roiling atmosphere!  NASA is also seeking to put another probe on Mars, and a satellite in Earth obit committed to finding Exoplanets (supported by Google’s powerful AI to analyse the data), while China’s Space Agency will put a probe on the far side of the Moon, and JAXA will land their probe on an asteroid to bring samples back to Earth.

3D printing of pharmaceuticals is predicted to begin commercialisation, this year.  The 100,000 Human Genome Project will be completed and provide unprecedented data on human medical conditions, and what ‘normal’ actually is.  Meanwhile, Microsoft plan to announce their progress on eliminating cancer by creating more effective treatment protocols.

Amidst all of these breakthroughs, don't expect the global trends of 2017 to go away either!

As we come to understand the extent of the new ‘normal’ weather patterns and extremes; as more people are educated to understand that these effects: the extreme heat, cold, wet and dry, are all exactly aligned with increased energy in the atmosphere; perhaps we will see fewer people with their heads still in the sand.

Teachers and ‘Citizen Scientists’ have a critical role in this.  Good science is hotly debated until consensus is reached (though there will always be some who are slow to catch on). So, if misinformation or deleterious opinions go unchallenged, who do we have to blame for the ‘one step forward, three steps back’ outcomes we are currently seeing.

As we reported in NZST, last year, the robots are here!  These new technologies will render whole fields of employment obsolete, but they will create even more new opportunities.  If our children are allowed to play into the hands of marketers, to pick the easy mosaic life path without ever challenging themselves, to reinforce troglodytic creeds, and become victims of technology - then we have failed them.  Just as tribesmen who fail to teach their children the skills to survive drought while enjoying a time of plenty.  If we do not help them to prepare, who will?