You are here: Planet Earth and Beyond » Sky spotter: the night sky for August

Choose a dark night to look up this month, and see the Milky Way in all its glory, writes Stardome Observatory’s JOHN ROWE. 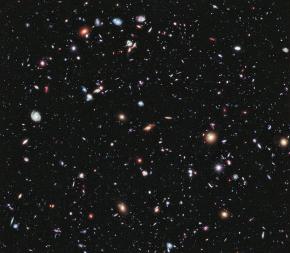 Three planets play in the western sky in August. Brilliant Venus, along with Jupiter just below, leaves our evening sky early in the month. As they do, Mercury makes its appearance, rising higher in the early evening sky as the month progresses. By month’s end, Mercury reaches its peak, by which time Venus will have reappeared just before dawn in the east. In the early evenings, Saturn can be seen high in the northwest.

Cream-coloured Saturn is the only bright planet in the late-evening sky and is seen just north of overhead. A small telescope shows Saturn's ring system and biggest moon, Titan, looking like a star about four ring-diameters from the planet. The moon appears near Saturn on the 22nd.

The Milky Way is brightest and broadest overhead in Scorpius and Sagittarius. In a dark sky it can be traced down past the Pointers and Crux into the southwest. The Milky Way is our edgewise view of the galaxy –, the pancake of billions of stars, of which the sun is just one.

Constellation Corvus (the crow) dives toward the west with bright Spica to its right and orange Arcturus lower and further north. Corona Borealis (the Northern Crown) and Hercules travel westward low in the north with the bright star Vega following. Gaze high in the east for the teapot in Sagittarius and Corona Borealis (the Southern Crown). Scorpius, with its red giant Antares, is at the top of the sky.

In the southeast three almost equidistant stars form a line angling up the sky. These are Fomalhaut, Alnair, and Peacock, marking their respective constellations Piscis Austrinus, Grus, and Pavo. Low in the south is Achernar, with Canopus further west and very low, twinkling colourfully. Above these are the Magellanic Clouds. Crux (the Southern Cross) now lies on its side in the southwest.