You are here: Planet Earth and Beyond » Sky spotter 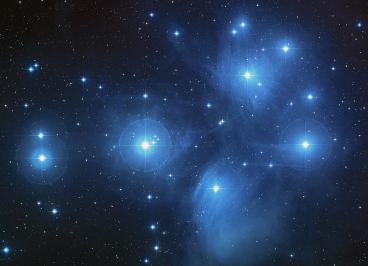 By mid-evening, as June progresses, Canis Major (the Great Dog) with bright Sirius, sinks ever closer to the western horizon. To the northwest the brilliant planets, Venus and Jupiter, follow suit. Keep your eyes on these planets as they steadily approach each other until they almost ‘touch’ on the first day of July!

To the right, the sickle shape of Leo’s head and front paws (upside down for us), can be seen with the bright star Regulus at the top. High in the north sits Spica (in Virgo), with orange Arcturus (in Bootes), lying below.

High in the east golden Saturn sits within the claws of Scorpius. Within Scorpius the red giant Antares is easily spotted, and below the scorpion’s tail (Maui’s fish hook), Sagittarius is emerging – its brighter stars resembling a teapot sitting up on its handle. This whole region is in the direction of the galactic centre and rich star fields can be seen.

Just to the right, hanging like a necklace in the sky, is Corona Australis (the Southern Crown). In the south, now at its highest point, is Crux, the Southern Cross.

The zodiac constellations of winter are Libra, Scorpius, Sagittarius and Capricornus. The first three are particularly distinctive and once identified, they won’t be forgotten.

During winter, the Sun is low in our daytime sky so any planets opposite the Sun will be nearly overhead during the middle of the night, providing some of the best planet viewing opportunities of the year. The solid blue line marked on the star charts is called the ecliptic. This is the plane of our Solar System on the sky along which the Sun and the planets are always found. In 2015 we will have both Saturn and Mars in this favoured position.

You will also notice that the ecliptic crosses the plane of the Milky Way near the constellations of Scorpius and Sagittarius. During our mid-winter nights the ecliptic passes nearly overhead around midnight so any planets near these constellations are ideally placed for viewing through a telescope. This year, Saturn will be in Libra but positioned close to the head of Scorpius, changing the look of those constellations quite a lot. From our Southern Hemisphere vantage point during our winter, we will continue to see the ringed planet particularly well over the next five years or so. The best time to view Saturn through a telescope will be from April through to July, the later months being earlier in the night.

In the northern sky over early winter, the orange star Arcturus is the main feature. It is the fourth brightest star of the night sky and the brightest in the constellation Boötes. By late winter Arcturus has been replaced by the two bright stars, Vega in Lyra and Altair in Aquila as the most prominent starry landmarks. In the far south of New Zealand, these northern stars don’t rise very high but are very familiar to those living in the north.

Looking south in early winter, the spectacular constellations of Crux, Centaurus and Carina are high up and the further south you are, the better the view. These regions are richly packed with stars and star clusters that are well worth exploring with binoculars. By early August the Scorpius-Sagittarius region is the one to explore during the early evening. This is the brightest and densest part of the Milky Way and it is seen best from the latitude of Aotearoa. When not competing with the light pollution of towns and cities (or the Moon, for that matter), the light from billions and billions of stars combine to make ‘star clouds’ that can even be seen with the naked eye. When looking at Sagittarius, you are looking straight towards the heart of our galaxy with its massive black hole at its centre.

The Southern Hemisphere winter solstice marks the time when the Sun reaches its northern-most point in our sky – and therefore, the lowest in the sky at noon. In 2015 the solstice falls on 22 June (at 4.38am NZST) and signals the shortest day of the year. After that time the Sun begins moving south again, extending our days and shortening the nights.

Star charts for the month can be found here.