You are here: The Physical World » Making geysers and investigating electromagnetics

Plans are underway for the sixth Junior Young Physicist’s Tournament, which will be held in Wellington next year. 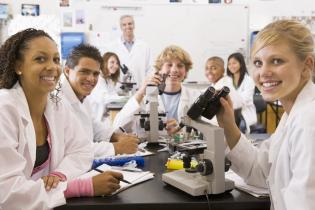 Physics teachers around the country are being encouraged to start thinking about next year’s JYPT (Junior Young Physicist’s Tournament).

The sixth JYPT will be held in Wellington from Friday 16 October - Monday 19 October, 2015 and will see teams of junior students (Years 9, 10, and 11) compete against each other to be named the junior physics champions.

The competition is the Asia-Pacific lead-up event to the international tournament, says event organiser and Onslow College Head of Physics Kent Hogan, and is an intellectually challenging and rigorous programme for junior students.

“It isn’t just a ‘turn up and do it on the day’ kind of thing, it involves extended research and the official ‘problems’ have already been announced, to allow a long research and study period,” he says.

“The teams will hopefully be forming now, and looking at the problems. They’re not ‘sit down with a piece of paper and do some calculations’ type of problems, because they demand a lot of background reading and experiments to prepare.”

The questions or ‘problems’ are open-ended, research-based, and designed to be challenging for junior students.

At the tournament itself, the students will present findings about one of the problems, and they will be allowed ten minutes to summarise a year’s worth of work on that problem. Opposing teams ‘pick holes’ in the presented ideas and thus students augment their physics knowledge with teamwork and debating skills.

Onslow College, who has won the JYPT three times in the past, has an internal selection process for participating students, but Kent says different schools have different methods of choosing representative teams.

He says that typically 50 students will be involved in the tournament, though they always hope more will join over the next year. 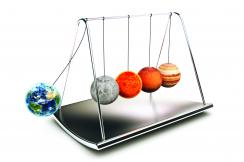 The JYPT was initiated to provide junior physics students with some competitive experience before moving on to the senior level tournament.

“The success of the junior event is illustrated by the fact that over the last three years, for both the New Zealand and Australian senior teams, more than half the members of those teams had previously competed in JYPT,” he says.

While officially being hosted by Onslow College, the tournament venue will be Victoria University of Wellington, as it offers many advantages in terms of location and facilities available.

In the next few months, the organisers will send out information about accommodation facilities in the area.

A website has yet to be set up, but in the meantime a Facebook group for teachers has been started, where interested teachers can ask questions and get more information. This is a ‘closed group’ so you will need to ask to be able to join.

The problems for the 6th JYPT are:

Support a long vertical tube containing water. Heat the tube directly from the bottom and you will observe that the water erupts. Arrange for the water to drain back into the tube to allow repeated eruptions.

Investigate the parameters that affect the time dependence of the process.

Construct and demonstrate a device that moves in a definite direction under chaotic influence.

Attach a strong, light magnet to the head of a steel screw. The screw can now hang from the terminal of a battery. Completing the circuit by a sliding contact on the magnet causes the screw to rotate. Investigate the parameters that determine the angular velocity of the screw.

An apple dropped from a balcony of a multi-story building will calmly descend into the hands of your friend, if you attach to the apple a propeller cut out of dense paper. Explain the principle of work for such a parachute and study the dependence of the drag force on the descent rate and on the sizes of the propeller's blades.