Canterbury’s Science Alive! have plenty coming up as the school year draws to a close, but you’ll need to get onboard quick. 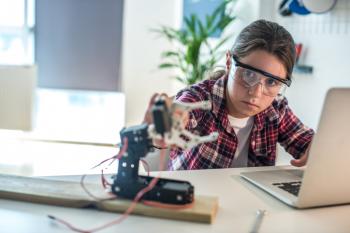 Science Alive! Is a not-for-profit trust, dedicated to educating the public about science and technology within the Canterbury region, through interactive experiences. They’re currently planning the construction of a new science centre in Christchurch’s CBD - as with so many of Christchurch’s central city buildings, after the 2011 quakes, Science Alive’s home to that point was declared too damaged to go on serving as their base, and they’ve relocated to temporary premises on Coleridge Street. As with other similar organisations, given their diminished capacity, Science Alive! decided to concentrate on their outreach programmes.

Since 1999, Science Alive! Exhibits has contributed more than $7 million dollars worth of exhibits to science learning centres throughout the world. They have a reputation as “a builder of world class, durable, high quality, innovative exhibits.”  Science Alive! was also appointed the lead contractor to construct mechanical interactives for Te Papa, The national museum of New Zealand.

Science Alive! Have plenty to keep curious minds occupied throughout the holidays this year:

Science Alive! And the University of Delaware are collaborating to create a unique STEAM opportunity for kids. Tickets for this are on sale now. Tinkerlab 24 happens between 24th and 27th January, 2017.

The UDel students will also be testing their edcuation apps across a further 3 days - at our Pop-Up areas in Barrington Mall, Re:Start Mall and the Margaret Mahy Playground.

Workshops will concentrate on things like coding, basic electronics, soldering, circuit making, and Raspberry Pi programming. There will be six workshops over three days, which will be taught by University of Delaware students, who have made the big trip from the east of the US.

Tickets for individual workshops will range in price from $10 - $20 for kids aged 12-14 years, and are limited. Go here for more information and to buy tickets.

Miraikan (the Japanese National Museum of Emerging Science and Innovation) are working with Science Alive! in February to run their climate change project - Picture Happiness On Earth

Picture Happiness on Earth is part of the Tsunagari Project, started by Japan’s National Museum of Emerging Science and Innovation - known as the Miraikan - in 2011 to bring individuals closer to a relationship with their environment. The project encourages people to work together to search for solutions that will ensure the sustainability of our home planet.

Picture Happiness on Earth gives teenage students from six countries in the Asia-Pacific region to come together and examine global issues from scientific and ethical perspectives. This year, the project involves South Korea, Taiwan, Japan, Australia, Thailand and New Zealand. The aim is to run workshops at high schools in each country. Science Alive will host the project with students from Christchurch Schools. Only one hundred year 9 and 10 students will take part to represent New Zealand.

Once the workshops are completed and work is submitted, one group will be selected as the overall winner. One student from the winning group will attend and speak at the Science  Centre World Summit at Miraikan Japan in 2017. The winning work will be visualised as video content on the Geo-Cosmos at Miraikan.

To find out more, go to: www.picturehappinessonearth.co.nz

Science Snippets is a free community workshop for kids between the ages of 5 - 10, spread across five libraries in Christchurch. Thes teach a snippet of a science topic (volcanoes, bridges, crystals, Keas etc.) for an hour each day.

The first half of the workshop is a lesson/discussion with activities and the second half includes a craft activity (linked to the topic) that the kids make and can then take home.

In 2017 Science Alive! will be teaching at the following libraries:

Search for ‘sciencesnippets’ on Facebook to find out more.

Celebrating science through play, Science Alive's annual Under 5 fest is back March 2017, held at Table Tennis Canterbury (on Blenheim Road).

Children and adults can explore a wide range of hands-on science-based activities.

The Under 5 Fest is a unique experience for young children, as all the exhibits are built with them in mind - they can interact with: farm animals from Pony Parties, the construction zone blocks and a working crane, giant soft material bugs, a fully stocked puppet stage, giant gears, wind turbines and much more.

The Under 5 Fest celebrates science through play and encourages young children to ask questions about the world around them.

Children under two are admitted free of charge.

Go here to find out more.