A series of resources teaching computational thinking, developed in New Zealand more than 20 years ago and which have since become a fixture in computer science education around the world, have received a huge boost with the announcement of funding from Microsoft. 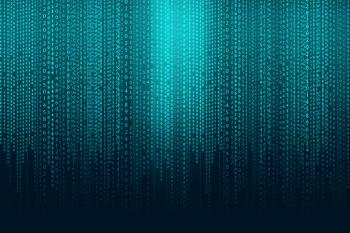 Computer Science Unplugged comprises lots of free activities in the form of puzzles and games which use things like cards, crayons, and string. The aim of the resource collection is to teach computational thinking - the fundamental logic processes that programmers and computers themselves use. Wikipedia defines computational thinking as:

“... the thought processes involved in formulating a problem and expressing its solution in such a way that a computer—human or machine—can effectively carry out.”

What’s different about Computer Science Unplugged is the ‘unplugged’ bit: none of the activities require computers. This, according to the csunplugged.org website, means avoiding the conflation of computer science with programming, or the learning of application software. Of course this also means that those who may not have access to a computer aren’t prevented from learning about computational thinking.

The effect is that learners can explore the concepts that computers use to process data, and means that children can begin to understand computers at their most fundamental level, without first having to learn a discipline as potentially daunting as programming. For example, the ‘parity magic trick’ is a card game that models the principles employed by computers in memory error correction.

Arguably, this means that the Computer Science Unplugged approach can withstand the inexorable march of obsolescence, as evidenced by the fact that some of these resources were developed more than two decades ago - incidentally demonstrating too that many logic processes used by computers haven’t changed much.

Computer Science Unplugged was first developed by Tim Bell of the University of Canterbury, in collaboration with other universities. Over the years, the programme has been translated into more than 20 languages, and is freely available via a Creative Commons licence to use, copy, and modify.

In acknowledgment of the fact that Computer Science Unplugged has become a foundational cornerstone of computer science education, Microsoft have given NZ $343,000 to Professor Bell and his team, to go toward updating the resources and expanding its applicability to children in every corner of the world. Professor Bell told voxy.co.nz recently that it’s all about learning the precepts before being confronted with bewildering screeds of machine code.

"One of the challenges is how we help teachers and students get started with teaching and learning computational thinking. CS Unplugged introduces the concept through a fun and engaging program that can get them started without the need for technology. We have found that enabling teachers and students to approach the subject through ‘unplugged’ lessons prior to getting onto a computer builds confidence and enthusiasm, and gets students thinking about the concepts involved."