Looking for a way to introduce your class to some seriously big ideas? YouTube channel Kurzgesagt might be a great place to start. 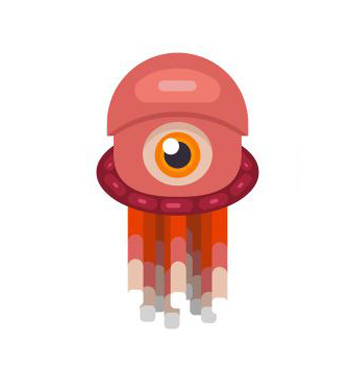 Kurzgesagt (German for “in a nutshell”) is a Munich-based YouTube channel and design studio that publishes distinctive videos on a variety of mostly science-based topics (though they do have some on education and commerce as well), many of which deal with some very high-level topics, some of which can make the viewer feel impossibly small against the backdrop of an unimaginably huge universe. Examples of topics explored include: the theoretical limits of humanity; the Fermi paradox (where are all the aliens?); and even a video that asks possibly the biggest question of them all: ‘what is life?’

Not all Kurzgesagt videos though deal with such mind-bending stuff. There’s an exceptionally good (in this journalist’s opinion at least!) series of three videos examining the issue of nuclear energy, from both sides of the argument, that would make for the perfect classroom introduction to the topic.

In 2014, Kurzgesagt published a serie of videos for Moon Month, like ‘How big is the moon really?’, and ‘The moons of Mars explained’.

Founded in 2013, the Kurzgesagt studio, according to their website, “engages in information design projects of all kinds. We love science, minimalism, colors and music. But most of all combining them to tell stories.”

Current projects that the group are working on include: