You are here: Sperm whales really do use their heads

Sperm whales really do use their heads

Cetacean scientists might be having a blubber over the news that sperm whales do indeed use their heads. 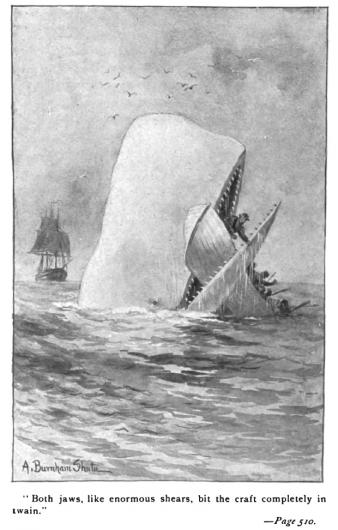 It’s not their intellectual capacity, however, that’s been called into question: some scientists believe that whales and dolphins may, in fact, sit at the head of the brains table and could have cognitive abilities beyond the imagining of us mere land-apes.

Since the publication of Herman Melville’s 1851 Moby Dick, itself inspired by a yarn heard by the author, many scientists have been sceptical of the idea that a sperm whale could use its massive head to sink a ship, believing that the oil-filled organs inside are too fragile to withstand such forces.

Now though, researchers seem to have identified inbuilt shock-absorber structures that buffer any impact.

“The forehead of the sperm whale is one of the strangest structures in the animal kingdom,” says Dr Panagiotopoulou, an expert in the anatomy, bone biology and mechanics of large animals, including elephants and non-human primates.

“Internally, the whale’s forehead is composed of two large oil-filled sacs stacked on top of each other, known as the spermaceti organ and the junk sacs.

“The oil in the upper spermaceti organ was the main target of the whaling industry in the early 19th century.”

The interdisciplinary research team from Australia, the UK, the USA and Japan used structural engineering principles and computer models to test how the sperm whale’s head might withstand ramming impacts.

Dr Panagiotopoulou says the research showed that whale ramming events could potentially  cause fatal fractures, but the team’s findings show that connective tissue partitions within the junk sacs of the sperm whale’s forehead - so-called because whalers considered them worthless - may function as a shock absorber.

“This mechanism is important to reduce impact stress and protect the skull from failure. The mechanical advantage of the junk’s structure may be the result of selection and acquired traits related to male-to-male aggressive behaviour.”

Male sperm whales may not fight frequently, says Dr Panagiotopoulou, but research shows that aggressive ramming behaviour is common in bottlenose whales, killer whales, narwhals, pilot whales and even-toed ungulates – the group of mammals to which whales belong – such as hippopotamuses and the goats.

“A closer look into the anatomy of the heads of other species that ram [such as monkeys and hippopotamuses] may reveal a variety of protective mechanisms,” she says.

But what’s it actually for?

It’s still slightly unclear as to what sperm whales actually use the spermaceti organ – the part that makes the sperm whale’s head so huge – and its oil for. There are two theories, both of which are backed by evidence: one is that the whale uses the organ and oil to focus its echolocation system, the other theory postulates that the animal uses it for buoyancy control.

The buoyancy theory holds that the sperm whale is capable of heating the spermaceti, lowering its density and thus allowing the whale to float; in order for the whale to sink down again, it must take water into its blowhole, which cools the spermaceti into a denser solid.

Sperm whales really do use their heads
Categories