You are here: Secondary » Walking the talk

Teachers from schools around New Zealand are now confident leaders of science within their school community. 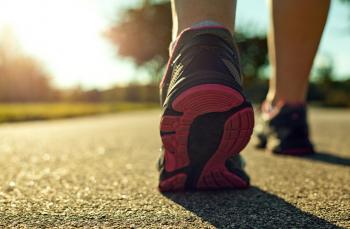 The 12 teachers completed phase one of the Royal Society's Science Teaching Leadership Programme in December 2015, where they worked alongside scientists to gain a deeper understanding of New Zealand’s overarching science curriculum strand, called the Nature of Science, and undertook leadership training.

Now these teachers have returned to school to commence phase two of the programme that involves working with students, staff and their local community to enhance the quality of science teaching and learning.

Albany Junior High School teacher Logan Coleman has just completed a six-month stint at Massey University where he gained a much better insight into the science curriculum. Logan admitted that he had very limited knowledge of the Nature of Science when he was first selected for the Science Teaching Leadership Programme, but after spending six months at Tawharanui Regional Park immersed in observing, recording and listening to bird calls such as the tūī and takahē and identifying bird nests, he feels he has come a long way.

“I have learnt many skills such as the ‘power of observation’, collaborating with other scientists, networking and having to solve problems which are all important aspects of the Nature of Science,” he says.

“I now have a curiosity and the skills to learn about the scientific world and cannot wait to share the journey with my students and my school.”

Physics was not an area that Su Mukund was particularly familiar with before being selected for the Science Teaching Leadership Programme.  However, after spending the last two terms in 2015 being hosted by the Photon Factory at The University of Auckland, she feels that physics “isn’t quite so scary any more”.

“I have learnt heaps about lasers, a machine that contains millions of atoms [the tiny particles from which all things are made]. When the machine excites these atoms they pump out billions of photons, producing light,” she says excitedly.

“It has been a real privilege to work with so many scientists who are so highly specialised, but who realise the importance of working as a team.  Their passion for what they do has been infectious, and their encouragement and support of me during my placement at the Photon Factory has been phenomenal. I am really looking forward to using those skills I have learnt back in the classroom at Papatoetoe High School.”

“Unlocking the mystery of science” is how Brigitta Nieuwboer from St Mary’s Catholic School, Rotorua describes her time on the Science Teaching Leadership Programme.

For the last six months Brigitta has been hosted by the Eastern Region Fish and Game where she has been learning about how much science takes place at the trout breeding hatchery. “I have learnt about the processes of the trout breeding programme where I have been very hands-on counting and transferring eggs and clipping fins so that trout can be easily identified,” says Brigitta.

Brigitta has also spent a lot of time working alongside scientists who are researching the mallard duck and investigating why the breed is declining.  This has involved collecting lots of data on the ducks and then analysing the data.

“I have learnt so much from the people at Fish and Game and I know that this is going to help me to lead and improve science teaching at St Mary’s,” she says.