You are here: Key Competencies/Capabilities » A 'need to grow' basis: skills for the science job market

A 'need to grow' basis: skills for the science job market

Catherine Stephens of Auckland University says that the science employees of the future should be thinking of knowledge as a vehicle, not as something finite that they acquire to get a job.It’s ‘need to grow’, not ‘need to know’, she says. 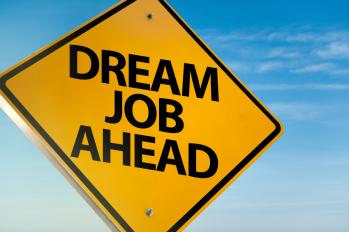 Earlier in August, Science Careers and Employability Week was again hosted by Auckland University. The event is a chance for students considering a career in science to participate in workshops and seminars focused on arming them with the skills that will make them irresistibly employable.

Catherine Stephens is university career development and employment services manager at Auckland University. She reports that the event really took a step forward this year, with attendance up 130 per cent.

Workshop highlights and speakers included a representative from Heinz-Watties talking about ‘interviewing like a pro’; a beginner’s guide to developing your career while at university; and ‘Exploring career options through internships and work experience’, hosted by Callaghan Innovation, the government agency charged with facilitating high-tech business in New Zealand. Catherine says that the picture of the ideal employee, and the metrics used to gauge them, have changed forever.

“In this day and age, employers aren’t looking so much at what degree you’ve taken, so much as what capabilities a candidate has, and what you can offer a company as a return on their investment.

“Recently I was overseas, and I was speaking with someone at a university who was saying that ‘all employers want is good, smart people.’ They’re looking at people more generally, as opposed to focusing on what letters and numbers might be after their name.

“That’s because, as we all know, the world is changing so rapidly. Jobs are changing, and so are the type of people they want.

“So one of the things I know that a lot of employers are focussing on now is what sort of ‘learning agility’ a candidate might have; how quickly can they learn and adapt, and grow according to a changing environment.

“Science students are often in demand for their numeracy for example, in terms of gathering data. But it’s now also about interpreting that data. I suppose you could say that these days, it’s not so much a matter of the knowledge itself that a student may have gained; rather knowledge is the vehicle for developing their capabilities.”

Another important aspect of Science Careers and Employability Week was giving students and the employers who will be demanding their skills the chance to meet each other, and discuss mutually beneficial relationships. Catherine reports that the ‘speed networking’ session was especially successful, with the likes of Fonterra, ASB, MYOB, and the Environmental Institute of Australia and New Zealand getting a great opportunity to meet the people who will be taking their organisations forward in years to come. Of course, it was equally a great chance for no doubt nervous students to meet with their future employers, and try to find out what they’re looking for.

Reinforcing the message that it’s about what a student can offer, not what they’ve learned, Catherine says that the message from science employers - a message that secondary teachers could also be imparting - is that they are increasingly looking for a story that can’t be told by academic qualifications: they’re looking for evidence of the self-starting, adaptable, and curious individual that might be found in their participation in the voluntary sector, in work experience they’ve negotiated for themselves, or in internship opportunities they’ve dived into. In other words, says Catherine, students need to think about how they can accrue evidence of who they are, as well as what they’ve learned.

“Sometimes, for example, an employer might know that they need a great team player. Well, how does a student demonstrate that they’re the person for the job? Grades don’t tell that story, and they can’t ask an employer to take them at their word. But if you’ve been involved in a project, or a team, participated in some way, that demonstrates that you’re able to work with other people.”

A 'need to grow' basis: skills for the science job market
Categories