You are here: Key Competencies/Capabilities » Citizen Science Projects in New Zealand: 3 of the best

Citizen Science Projects in New Zealand: 3 of the best

There’s no better way to get students learning about the natural world around them than by getting your class involved in an authentic citizen science project. 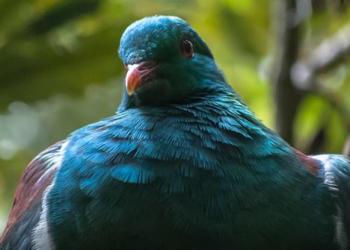 Naturewatch is an online community, rather than a single citizen science project, where nature lovers around the country can come together to share their passion, meet other nature watchers, and contribute observations of the world around them to projects that aim to collect specific data. It’s also a great source of learning about New Zealand species and natural conditions.

Ferns in New Zealand:  this is a project that aims to identify species of fern from pics uploaded by participants in the project. There are also links to blog posts helping you to learn about New Zealand fern species, and how to identify them.

Kereru discovery: While kererū, New Zealand’s iconic native pigeon, are not classified as endangered, like most New Zealand forest species, their numbers have declined dramatically as a result of habitat loss, competition and predation.

The original Kererū Discovery Project was launched in 2005 as a partnership between Te Papa Tongarewa Museum of New Zealand, Wellington Zoo, Victoria University of Wellington, Zealandia (Karori Sanctuary Trust), and the Department of Conservation. The vision of the project is to “one day see flocks of kereru as a common sight in our skies again.”

Kereru Discovery run the annual Great Kereru Count, which this year takes place between 16th - 25th September. Citizen scientists upload pictures they’ve taken of kereru in the world, to give scientists a better understanding of the health of the species.

Birds on Beaches NZ: This project celebrates the activities of birds on salt water beaches around the coastline of New Zealand, including the harbours and the brackish / salt water parts of rivers and creeks (but not lakes or freshwater rivers, streams and creeks).

Wai NZ allows citizen scientists to act as watchdogs of our country’s freshwater, while also contributing to the overall picture of the state of our rivers, streams, and lakes. Many Kiwis are waking up to the fact that, where our freshwater reserves are concerned at least, New Zealand’s ‘clean, green, image’ is at best overblown: in fact, a great many of our rivers, for example, are in deep pollution trouble, due to increasingly intensive agricultural land use, among other factors.

WaiNZ was formed in 2012 when a number of Kiwis were inspired to enlist citizen scientists to call out instances of dodgy practice leading to freshwater pollution, inspired by the multi-award winning documentary River Dog, about one man’s struggle to save the river he lives by.

River pollution is an increasingly visible theme in New Zealand these days, and kids would no doubt be excited to know that their contributions were helping foment change in the way we think about our freshwater resources, and how we treat them. There are pollution reporting phone apps that you can download too.

Marine Metre Squared - MM2, mm2.net.nz - is a great way to get students of all ages involved in some authentic learning around a fascinating ecosystem, our seashores, and get them contributing to scientific knowledge in the area.  The goals of the project are to:

There’s also a handy section of the website detailing the links between Marine Metre Squared and the Nature of Science curriculum strand, and how it can be used to develop the science capabilities for citizenship.

Citizen Science Projects in New Zealand: 3 of the best
Categories