You are here: Facts not feelings: Scichatnz August discussion

Twitterites got together online on 2 August for a virtual chat hosted by Sir Peter Gluckman - Chief Science Advisor to the Prime Minister - on what can be seen as a topical issue, given the seeming rise of populist politicians around the world: 'What should be the role of science in public policy making?' 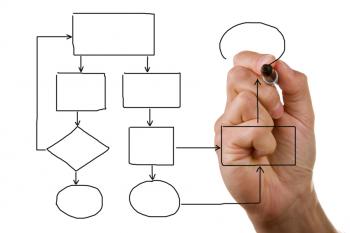 Rachel Chisnall (@ibpossum) was first out of the blocks, pointing out that science must inform decisions, but also allow for autonomy.

Human societies are at something of a crossroads just now, politically, economically, and in terms of how we will choose to go about tackling our biggest challenges. @Doctor_Harves reminded the Twitter gathering that we should continue to look to "using facts not feelings to direct policy." @ChhayaNaraya chimed in with a reminder that science-backed policy is a baseline, not an aspiration, saying: "Shouldn't well-researched science underpin all decision making?"

Sir Peter Gluckman then reminded us that as with most things, reality is never cut and dry. He asked the group to consider the fact that "much policy involves science which is incomplete, uncertain, and ambiguous, in the very areas where policy is needed."

@Tonycairns and Brian Ricketts (@KiwiGeolog) responded with the an affirmation that, while we so often lack a complete understanding in science, scientific rigour should be always be the go-to in our tool kit. "science should be an adviser, challenger questioner, tester, sounding board, filter leader and follower of public policy in NZ..."

Question 2 posed by Sir Peter was: "Are there limits to what science can contribute to public policy making? What are the limits? Why?"

Sir Peter also pointed out, in response to @KiwiGeolog, who said that it would be nice to think that policy could evolve with science knowledge, that this is why "there is a growing interest in how evidence informs policy, and roles such as mine develop."

The conversation really got going when Sir Peter asked the Twitterverse: "Are there certain sectors of public policy that most need scientific input? Which ones? Why?"

Rachel Chisnall immediately pointed to healthcare, and used the examples of vaccination and home insulation. @FreeLantern went with environmental and education policy, two things that everyone has an opinion on.

Sir Peter also pointed out to @KiwiGeolog that his role is largely about improving the use of science by policy makers, not providing the science. That, he said, is for the domain exports.

Rachel Chisnall also raised point that science, by virtue of it's impartiality and primacy of evidence, help people to get past resistance to innovation. She quoted the National Association from 1907: "Students today depend too much on ink. The do now know how to use a penknife to sharpen a pencil. Pen and ink will never replace the pencil."

All in all, another fascinating discussion brokered by ScichatNZ. These events are held every fortnight on twitter, you can join in by simply searching the hashtag #scichatnz.

You can also keep up with ScichatNZ by going here.