The precise manipulation of genetic structures - gene editing - has been talked about as a far-off possibility for years now, and has generally been confined to futurism and science fiction. But The Royal Society of New Zealand is urging people to start thinking about designer genetics in the present tense: recent advances mean we’re on the brink of a revolution. 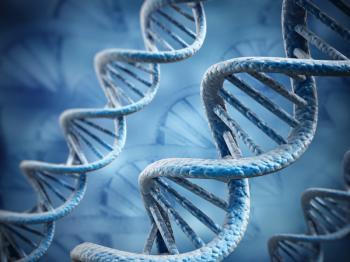 As with many emerging technologies, some experts are concerned that the exponential rate of advancement in gene editing technology is outpacing our ability to think through the consequences. Given that this revolution could have a profound effect on New Zealanders - agriculture is one area in which gene editing is already being employed - The Royal Society of New Zealand believes that people need to start talking about the issue, and discussing how far we want to take the technology.

To that end, they’ve created some easy-to-follow resources, including an animated video, which outline the challenges and opportunities humanity must face at the onset of the gene editing revolution.

What is absolutely certain is that genetic engineering, in its infancy though it currently is, will change the world we live in forever - and will probably change humanity itself, in the most literal sense possible.

The Royal Society has also convened a multidisciplinary panel of New Zealand’s leading experts in the field, to consider the implications of gene editing for our country. Just a couple of New Zealand-specific problems we currently face, that we would likely want to employ genetic technology to solve: imagine a world in which cows no longer produced methane, and in which rats and other pests could be wiped out by making them sterile. You might wonder what possible objection there could be to such laudable goals, but Royal Society of New Zealand president Professor Richard Bedford says we need to understand that while the opportunities are endless, and mostly yet to be thought of, so are the consequences.

“As New Zealanders we might decide we want to use [gene editing technology] to solve medical problems like haemophilia, but not to build ‘designer babies’. It’s important to understand what this new technology is and what it could be used for, so that we can have an informed discussion about where New Zealand’s boundaries are for adoption of these technologies and the speed at which we wish to adopt them.”

One key advancement has brought gene editing sharply into near-future focus: CRISPR, or Clustered Regularly Interspaced Short Palindromic Repeats. What CRISPR means is that overnight, the cost of genetic engineering has gone down by 99 percent; it’s now doable by anyone with a reasonably well-equipped laboratory; it’s a heck of lot more precise and accurate, and the time needed to create an outcome is now weeks rather than years.

In incredibly simplified terms, CRISPR utilises the defence mechanism that bacteria produce in their endless war with viruses. Viruses inject their DNA into bacteria, in order to use them as replication factories. The only defence that bacteria have against such a viral assault is to make a copy of the virus’s DNA, and store it in an archive.

When the virus attacks again, the bacteria recognises it’s DNA, and a protein called CAS9 is armed with a copy. CAS9 then uses this archived virus DNA to scan and compare the bacterium’s own DNA for signs of the virus. If CAS9 spots the virus’s DNA hiding in the bacterium’s genes, this extraordinary protein simply snips the offending portion out, and the bacterium carries on, unaffected. CAS9 is particularly incredible because it’s so precise: it’s been called a ‘DNA surgeon’.

In 2012, it was discovered that CAS9 can be used to do our genetic bidding. Think about it like this: if pre-2012 gene editing was an 18th century map, CRISPR is SatNav. Professor Barry Scott, co-chair of the Royal Society of New Zealand panel, says CRISPR and related technologies are already in use.

“Already they are being used to make immune cells attack cancer cells and to create more hardy and productive plants and animals, much faster than conventional agricultural selection has allowed. Interest in using gene editing to introduce a sterilisation gene into a pest as part of a pest-eradication programme is understandably high in New Zealand, given the challenges facing our biodiversity.”

A cascading web of unknowable consequences

It’s actually quite scary to start imagining the web of consequences of limitless genetic editing. For example, there is already talk of an emerging biomedical arms race developing between the US and China, as both countries are pursuing gene editing technologies. In exactly the same way that the nuclear arms race between the US and the Soviet Union became a terrifying detente, it’s arguably already not an option to decide to ban research into gene editing, to be on the safe side: what happens if a country like North Korea got hold of the tech? It’s fairly safe to assume that they wouldn’t have the same ethical scruples that the ‘good guys’ might. Could a maniacal dictator employ forced gene editing to create an army of ‘super soldiers’? It’s theoretically possible.

One consequence that’s been the subject of much futurist musing is the ‘designer babies’ extrapolation of genetic engineering. Employing gene editing tech to cure cancer and other diseases is a no-brainer, right? But in the future, might imperfection come to be seen as a disease? Could this mean that humanity becomes segregated along genetic lines? Could an underclass of the imperfectly modified be created, if gene editing tools came to be monopolised by the rich?

It’s important to realise that this ‘future’ is in fact already upon us: 92 per cent of pregnancies in Europe, in which Down Syndrome is detected, now end in termination - we’re already screening the human gene pool for imperfection.

If any of that is making you feel uncomfortable, you probably don’t have to worry about whether you’ll be able to afford gene therapy just yet - most pundits are saying that such potentially terrifying consequences are a long way off yet. But undeniably, we’ve taken the first steps along the road, and that means we need to start thinking it through - now!

Want to know more about CRISPR and the potential consequences and opportunities that might be brought about by the gene editing revolution? NZST favourite Kurzgesagt (In a nutshell) have a video here with a great explanation of how CRISPR works, and a far-reaching discussion about what gene editing could mean for humanity. This could make for a great classroom resource, to introduce the topic. And as you'd expect, Science Learning Hub has loads of resources on genetics, as well as some great tools dealing with ethics.