You are here: New challenge calls on teachers 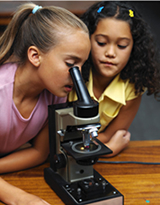 When the National Science Challenges were announced to the public, a panel of experts put forward another mission: to promote good science practice in New Zealand at a wider level.

Prime Minister John Key and Hon Steven Joyce, Minster of Science and Innovation, announced the ten National Science Challenges in early May. Submissions for the challenges were put forward by the wider science community and considered by a panel of scientists, chaired by Chief Science Advisor Sir Peter Gluckman.

The challenges, says the government, are an opportunity to align and focus scientific thinking across the board for maximum impact from New Zealand’s science resources.

The ten challenges include health, environmental, and technological issues. But the ‘Science and Society’ challenge is the most important challenge of all, says Senior Communications Advisor at the Ministry of Business, Innovation and Employment, Rick Marshall.

‘Science and Society’ aims to address issues of science understanding and knowledge in New Zealand. The panel highlighted the need for a broader appreciation of scientific issues, which would ultimately affect both private- and public-sector decision making.

“Sir Peter (Gluckman) was saying that in many respects this challenge is the most important of all. It’s a challenge that overlays the others and allows us to manifest the full benefit of the other challenges. We need a society that understands science and a culture that is science-literate,” says Rick.

He says it was important to have two emerging scientists on the panel.

“We need to be thinking ahead about the nature of the system and what’s ahead in the years to come. So we’re keen to get the perspectives of emerging scientists, and that’s what we did with the panel – there were two science students on it.”

Work has begun on the challenges already.

“It’s early days for this ‘Science and Society’ challenge, and it has a very broad scope, ranging from science education, media and scientific literacy, so initially we’re looking to do a stocktake of where we’re at, and then once we’ve identified the main issues, we’ll develop a plan,” he says.

The peak panel is still involved with the implementation of the National Science Challenges.

“They’re still involved in the ongoing process and will be interested in what happens next. It’s great to have them on board- we need to have champions and advocates for the system.”

“When thinking about the future of science literacy in New Zealand, the role of science teachers is absolutely crucial. They provide the first point of contact for all young people.

“The way children learn about science shapes their future thinking about it, and affects whether they decide to have science careers.”