You are here: Science, Science Education, and Values » The exponential generation - student workshops look to the future

The exponential generation - student workshops look to the future

A recent free one-day workshop called Find Your Billion focused on empowering the ‘exponential generation’ - today’s school-age students - to understand the challenges that humanity faces, and to begin taking action to change their own future. 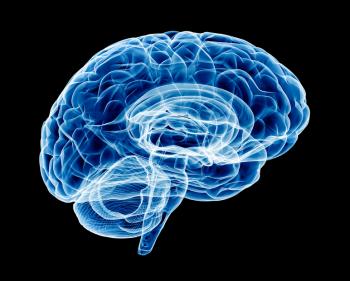 Singularity University is an educational organisation founded by legendary futurist Ray Kurzweil and Silicon Valley heavyweight Peter Diamandis that exists to nurture learning in the community around exponentially accelerating technologies.

Since its 2008 inception, Singularity University has spread to more than 100 countries and fosters learning on themes such as artificial intelligence and robotics, biotechnology, nanotechnology and digital fabrication, networks and computing systems, medicine and neuroscience.

One of those working to spread Singularity University’s message is ‘education adventurer’ Chris Clay. Named one of Microsoft’s International Education Innovators in 2011, Chris has dipped a toe into many different fields since leaving school: he's been a milkman, nightclub promoter, drug-testing official, journalist, frog scientist, head-hunter and science teacher. These days he works to provide young people with innovative education experiences and is director of several companies that seek to make the world a better place.

Chris says that Ray Kurzweil came up with the idea behind Singularity University when he noticed that Moore’s Law – the principle of exponentially improving microchip technology – seemed to apply to many other fields, like manufacturing and artificial intelligence, particularly when these fields become digitised. Think 3D printing, robotics, and the mapping of the human genome.

“[Exponential technologies are] literally changing the fabric of the world,” says Chris. “It’s changing the way things work, it’s changing what might be possible – things that might have seemed like science fiction in the past are now science fact. Singularity University aims to teach people about these exponential technologies and how we could apply them to humanity’s greatest problems.

“Take one of humanity’s greatest challenges – restoring our environment to some kind of functioning state, for example. The task seems impossible, because we think about possibilities with a linear mindset. We think to ourselves, ‘If this is what we can do in a year, that means I can do x amount in a hundred years.’ But exponential thinking encourages us to imagine that in a year we could, in fact, do twice as much as we can now, and twice as much as that the following year.”

The Find Your Billion website includes a cartoon that illustrates the concept. As recently as two years ago driverless cars were thought of as something that could never happen, or that were at least a long way off. Yet today all the major car manufacturers have said that they’ll be ready to release an autonomous vehicle within the next five years.

“When I was a bio teacher years ago, we used to talk about gene therapy in class as though it was some kind of crazy, impossible thing,” says Chris. “We thought of it as having so many barriers that it could never happen in the real world. And now there’s plenty of examples of gene therapy being utilised.”

Of course, the much-discussed downside of exponentially improving technologies is that they tend to give with one hand and take with the other. The downside for today’s young people is an unprecedented level of career uncertainty: what is certain is that many of the roles we take for granted today simply won’t exist in the future, as automation continues to replace human sweat in areas like manufacturing.

“With that in mind, the ramifications for the exponential generation mean thinking completely differently about the future,” says Chris. “It’s no longer about what you’re going to be, it’s about who you’re going to be. Maybe we’re not even talking about equipping ourselves with skills for the future; maybe we’re talking about dispositions and passions. In an interview with Jane Gilbert I was reading this morning, she talks about the future of education being focused on non-job-related outcomes, and how we should be helping people to develop new knowledge, rather than just consume old knowledge.”

It’s not just that technology will change the nature of work. Plenty of pundits are now talking in more dramatic terms: ‘the end of jobs’ and ‘technological unemployment’ are two phrases getting airtime these days. The more positive among these futurists see the resulting increase in productivity as benefiting all humanity, despite the fact that there’s arguably not a lot in the way of prior form to suggest that the owners of productivity will suddenly start sharing. Technological utopians see the exponential generation enjoying an era in which our creations bestow abundance, make work as we know it obsolete, and reshape economies.

“In some respects, that possibility is really scary”, says Chris. “But in others it could be awesome, because it means that people are freed up to achieve phenomenal things. From our perspective, we hope that means that people can devote themselves to the ‘grand challenges’ that humanity faces.”

The Find Your Billion workshops happened in Christchurch, Wellington and Auckland in late September. More than 600 people attended over the the three days, many from outside the main centres, says Chris.

The day got underway with presentations from members of the Singularity University team from California, who talked about the nature and importance of exponential technologies. One of the California team is working on a ‘sci-fi’ initiative back in the US. Chris explains.

“It’s really about encouraging people to adopt a sort of science fiction mindset, in which we imagine the future - the idea that what we imagine limits what is possible. The workshop ran around the idea that what we think of as ridiculous science fiction now, quite often becomes reality. Look at the iPad for example - if you go back to old Star Trek episodes, there was a thing called ‘PADD’, that looked remarkable similar to a tablet.”

After showing how imagination can craft the future – and who’s to say that Steve Jobs wasn’t influenced in some way by Star Trek? – the workshop asked students to apply the same extrapolation to the world of tomorrow: the group talked about things like using 3D printers to create massive superstructures in space, printing organs, personalised medicine using nanobots, and lots of other tech that exists only in our imaginations, but yet sits somewhere on an extrapolated arc that is based on tools we already have.

Most of the remainder of the Find Your Billion day was spent choosing one of the 12 ‘grand challenges’ – things like shelter, health, and education – within a group, sharing personal experiences relating to that challenge, and then moving into ideation sessions, where students created their own visions of what they would like their future to be like, where the grand challenges didn’t exist.

“We posed the question, ‘If the future didn’t have these problems, what are the obstacles that stand in the way of that becoming a reality?’,” says Chris. “It becomes a matter of looking at those obstacles as opportunities and coming up with ways that we could apply exponential technologies to those opportunities.”

Chris says that he was blown away with the creativity on display among the Find Your Billion students.

“We had some absolutely awesome ideas come out. One was what a particular student called a ‘space whale’, which was this giant organism that cruised around devouring space junk, which it broke down into matter that it used to create probes and space stations.

“We had ideas ranging from relatively conservative and sensible through to completely off the wall stuff. It was really amazing actually.”

Chris would like to acknowledge the contribution of the Cookie Time Charitable Trust for its financial support in staging the Find Your Billion workshops, as well as venue support from Christ’s College in Christchurch and Diocesan School for Girls in Auckland.

The exponential generation - student workshops look to the future
Categories