You are here: Science, Science Education, and Values » Network of inspiration: Assoc. for Women in Science

Network of inspiration: Assoc. for Women in Science

The Association for Women in the Sciences (AWIS) began in 1985 as one part of the response to issues raised at a symposium entitled Women and Employment in Science and Technology. The other immediate action coming out of this watershed gathering was the genesis of WISE (Women into Science and Engineering), which set out to support teachers of both sexes who wanted to promote the involvement of women and girls in the sciences. 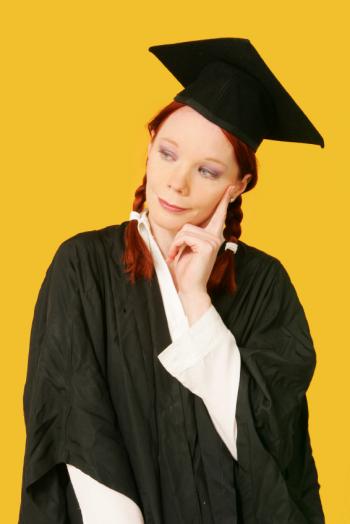 The goals identified by that symposium have remained much the same, at the highest level at least, in the intervening years:

In July AWIS hosted an event that exemplifies the organisation’s drive to create networks of inspiration for those women already working in science-related fields, and the girls who hope one day to join them.

‘Lasers, Warships and Kereru’ put three speakers in front of a rapt audience.

Cather Simpson joined the University of Auckland’s Physics and Chemistry departments in 2007. She is founding director of the Photon Factory, a multi-user laser and microfabrication facility that provides advanced laser technology to all NZ researchers. She received her PhD in the US, and after a DOE Distinguished Postdoctoral Fellowship, earned tenure at CWRU. She is a Principal Investigator in the MacDiarmid Institute and the Dodd-Walls Centre. Recent awards include a NZ National Teaching Excellence Award, a 2016 Silicon Valley Forum medal for Agtech. She was named the Baldwins Researcher Entrepreneur and the BNZ Supreme Award winner at the 2016 KiwiNet commercialisation awards. She is also a New Zealand Primary Industries Champion.

After obtaining a Bachelor’s degree in the Arts, Ashleigh Morrow found her true passion lay in wildlife conservation. In 2012 she completed the Unitec certificate in Captive Wildlife Management and started working at Auckland Zoo as a keeper. Since then she has worked across many sections of the zoo and has had the opportunity to work with a variety of species. She found her interest lay in birds and in particular New Zealand natives. The zoo is heavily invested in conservation and as a result she has had the opportunity to be involved in a number of fieldwork projects in the North Island including work in Te Urewera National Park, the Waitakere Ranges and Rotoroa Island.  Her most recent long-term position was on Rotoroa Island as a wildlife ranger, monitoring populations of translocated wildlife.

Born in Stafford, England in 1965, Lieutenant Commander Ange Holland, RNZN lived and was educated in Northern Ireland. Graduating from University of Ulster with a BSc (Hons) in Microelectronic Systems she began her naval career in September 1987 joining the Womens Royal Naval Service (WRNS) specialising as a Weapon Engineer Officer (WEO).

She served on the ships HMS Southampton and HMS Invincible gaining her charge qualification before undertaking various engineering support roles ashore.  She immigrated to New Zealand in April 1993, transferring to the RNZN. Over the next five years Lieutenant Commander Holland undertook a variety of project management and engineering support roles before leaving the RNZN in 1998 to work in the commercial sector. Using her engineering skills and knowledge, she project managed a variety of communications and high power projects before undertaking patent attorney exams and working for AJ Park Intellectual Property Lawyers.

“Events that showcase different careers in science provide inspiration for women and girls who have an interest in the subject. AWIS tries to provide a variety of events over the year to support females at every stage of their science career – whether they are at the beginning of their journey and looking at possible career options, or are women already working in science who have issues they wish to discuss with like-minded peers. By providing opportunities to network we hope to support the development of women in science through the sharing of stories and mentorship.”

The next AWIS triennial conference will be in Auckland on 13 and 14 July 2017. The national executive is currently looking for people to join the organising committee to help with marketing, sponsorship and programme planning. Email awis.auckland@gmail.com if you think you can help.

Network of inspiration: Assoc. for Women in Science
Categories