You are here: The Material World » Harnessing the power of alcohol to teach chemistry

Harnessing the power of alcohol to teach chemistry

Nothing will capture your students’ attention in quite the same way as alcohol does, and science teachers can use this to their advantage, writes STEVE MCCABE. 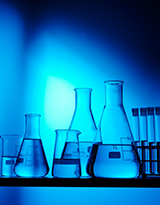 I’ve given up trying to get Year 11s interested in composting – I can’t for the life of me imagine what my old head of department was thinking when he decided that the microbes we’d have a look at for the Level 1 standard on human-microbe interactions would be the ones you find in a compost heap. I’ve abandoned compost, and I’m offering my students vodka.

Not literally, of course – well, not quite. What I am doing is teasing my students with the promise, a promise I will keep to the letter of, even if not quite in the way that they imagine, that we’re going to make vodka in class. That gets them paying attention.

The great thing about alcohol is that it’s all about science. So, I start with a discussion of our favourite drinks – right there is a great lesson on concentrations and dilutions. I’ve yet to teach a class without a student who could tell me that vodka is 40% alcohol, and quite a few know the percentages you’ll find in beer and wine, too.

But what they really want to know is how to make the active ingredient. And they’re delighted to find out that you only need a handful of ingredients – water, sugar, yeast, warmth and time. This is a wonderful opportunity to discuss the chemical reactions involved, the fermentation of sugar into ethanol and carbon dioxide. Boys – it’s often just the boys –are highly entertained at this point to discover that the foam on the beer they weren’t supposed to be drinking last night is really just yeast farts.

This is also a great chance to review food groups, and particularly the relationship between long-chain starches and short-chain sugars, and then look at the process of malting grains to produce the enzymes that break starches into sugars that yeast can then turn into the alcohol (or “yeast piss,” as I often hear it called at this stage) we’re interested in.

The reactions that take place at this stage are fairly complex, but the student-friendly summary offers a handy bit of practice in balancing chemical equations.

If you’re looking for a quick practical, to take a break from too much theory, this is a good time to investigate the effect of temperature on fermentation – I’ve found out to my dismay that a steady temperature of around 30˚C or a little higher is needed for a good, steady fermentation, and letting the temperature fall too low can lead to the process stalling.

Students will want to see something at this stage, of course. This is one of the most engaging topics I teach all year – I’ve had students whose attendance rates are typically in the show-up-once-a-week range asking me, if they happen to show up, by chance, on the right day, to slow down and repeat things because they’re not getting everything down on paper.

The show-and-tell we do at this stage is Ribena wine. The recipe is quite simple – some Ribena syrup for flavour and colour and mouth-feel, water for volume, sugar for obvious reasons, and then a sachet of wine yeast. This all goes in a flagon with an airlock on it, the whole thing thoroughly sterilised before use (there’s another teachable point – why the near-obsessive attention to cleanliness?). This is the one point at which you’ll likely need to buy some specialised kit, but it’s not expensive, and it’s easily bought at any home-brewing supply shop, such as can be found round the corner from my school.

Once the ingredients are in the flagon, fermentation should begin in earnest within twenty-four hours. By the time your class come back for their next lesson, you should see, and hear, a steady toc-toc-toc as the yeast farts away and the resultant carbon dioxide bubbles its way through the airlock, and you can remind them that every blurble of gas means another drop of alcohol in the wine.

Once the wine’s finished fermenting, you can – and you’ll really want to get full, informed permission from your principal at this stage – offer your students a tiny sip to taste it. It likely won’t taste like anything particularly special; it needs a couple of months in the bottle to age a little. But it’s alcohol: actual, serious, honest-to-goodness alcohol, and your students will think you’ve performed some kind of alchemy.

In a way, you have. There was a time, before we really understood the science of brewing, when each village would have its own brewer, and each brewer would have his magic stick, which he would use to stir his mash and miraculously turn it into a more interesting beverage. Being all scientifically sophisticated and clever, we now know that it’s microbes, not magic, doing the work, but your students will think you’ve worked a miracle.

I’m not going to tell you exactly what percentage of ethanol you’ll have in your wine at this stage – there are too many variables. But – and, again, this is an opportunity to review concentrations and active ingredients and dilutions – there are upper limits to how much there could be in your brew. Ethanol becomes toxic to yeast at concentrations much above about 18%, and even strains bred specifically for ethanol tolerance can’t cope with much more than about 20% or so.

The next question that will, invariably, come up is how you get spirits up to 40% or occasionally more. To answer this question, out comes the Liebig condenser. First, explain to your students – they’ll ask – that, no, it’s not a bong. Then put some of your wine in the bulb, and start heating. Once again, they’re so intrigued by the thought of making vodka that they’ll listen as you slip some stealth science in. Ethanol boils at around 75˚C, while water needs a lot more heat before turning to steam. The Liebig, then, is acting as a still, and after a while you’ll start to get some clear, colourless drops spilling out of the end of the condenser’s mouth. Catch them. 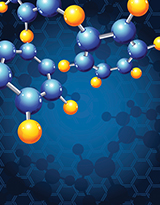 But don’t, whatever you do, let anyone drink them. In fact, with as much theatre as you can muster, throw them away. And then explain that while, in a perfect world, you’d ferment pure sucrose into pure ethanol, in reality there’s a lot more going on than just that one simple reaction. As well as the esters and ketones, the headers that give your distilled spirit a bit of flavour and interest, your yeast has also likely produced some methanol. And methanol is nasty, nasty stuff. Forget hangovers – methanol will, quite literally, get you blind drunk. It – or rather the formate ions you’re metabolising it into – is a rather ugly neurotoxin, having a particularly unhealthy appetite for your optic nerves. And the damage, if it gets that far, is irreparable, but if you simply give yourself a little methanol poisoning, it’s worth remembering that the antidote for methanol is ethanol – your liver, poor bugger, will preferentially metabolise the ethanol, and you’ll excrete the methanol before you get chance to turn it into anything that’ll do you really serious harm.

Methanol is a by-product of fermenting fruits that have a high pectin content; beers and the whiskeys we distill from them come from grains, so methanol isn’t a concern when you’re making beer or whiskey, or vodka, which often comes from pure sugar. But if you’ve fruit in your mash, as we’ll have in Ribena wine, then you’ll want to discard the foreshots, the first distillates, because methanol evaporates before ethanol. Don’t – really, seriously, don’t – let anyone even think about tasting your distillate, because there’s really no way you can be sure you’ve tossed all your methanol.

So how do you convince your class that it’s really alcohol? Take a paper towel, soak it in your distillate, and light it. It’ll burn bright and hot and blue, just the way pure ethanol will.

And there you have it – microbes, enzymes, organic chemistry, balancing equations, fractional distillation, human metabolism, and all in a package that I guarantee your students will pay attention to.

- Steve McCabe is a science and physics teacher in South Auckland.

Harnessing the power of alcohol to teach chemistry
Categories