You are here: Planet Earth and Beyond » This week in space: things get a bit weird

This week in space: things get a bit weird

This week in space: a strange object in the vicinity of Neptune, and scientists are keeping very hush-hush about the rumoured discovery of an ‘Earth-like’ planet just around the galactic corner. 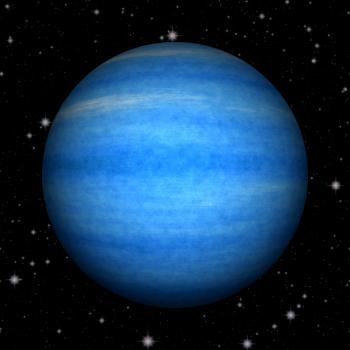 Just when we think we’ve got our own solar system sussed, and we’re off looking for extra-solar habitable worlds, Neptune springs something of a surprise.

Scientists have observed an object in the vicinity of Neptune’s orbit – technically a ‘trans-Neptunian object’, meaning it’s actually a minor planet outside the orbit of the big blue gas giant. That’s nothing new: there’s loads of these things: too small to be technically planets, but also not comets.

Things then start to get a bit weird: nothing else about this frozen chunk of whatever makes a lot of sense. Fittingly therefore, frustrated scientists have nicknamed the strange object ‘Niku’, meaning ‘rebellious’ in Chinese.

If you’re an astronomer, this hunk of naughty space stuff, about 200 kilometres in diameter, is definitely the brat of the observable universe just now. For a start, it’s orbiting the sun in the opposite direction to basically everything else in our local star’s gravitational embrace, on an orbital plane that’s defying the way we thought our galactic backyard worked.

One Hail Mary theory that’s being chucked about by the bravest astrophysicists is that Niku is acting oddly because it’s in thrall to the infamously as-yet unobserved ‘Planet 9’, causing it to orbit backwards and at a strange angle.

Others have speculated that the dwarf planet may have experienced a collision that has knocked it off the straight and narrow. Presumably whoever is driving the mass spectrometers of the world have disappointingly concluded that Niku is not the camper van of holidaymakers from a distant galaxy, incoming on a mission of interplanetary goodwill and recipe sharing.

Proving that scientists aren’t the dry communicators of stereotypical depiction, Michele Bannister, an astronomer at Queen’s University, Belfast, tweeted on Monday, “I hope everyone has buckled their seatbelts because the outer solar system just got a lot weirder.” Stay tuned.

2nd Earth just down the road

In other space news, everyone’s saying that scientists have discovered the closest Earth-like planet yet – so close it’s tempting to wonder how the experts missed it to this point. The experts no doubt have an expert explanation.

But scientists have circled the wagons and are putting forth an admirable poker face, or to put it another way: they’re not telling. According to The Independent, who themselves are getting their info from German daily Der Spiegel, the planet is circling Alpha Centauri, a star we really thought we had clocked. And according to the water cooler rumours, it’s orbiting at Goldilocks distance, meaning there could very well be liquid water.

Lots of candidates for potentially habitable planets have been found, many by the likes of Italy’s Apache Project, which will feature in New Zealand Science Teacher's annual journal, published in November.

Earlier this year, NASA announced the discovery of another ‘second Earth’, but at 1,440 light years distant, it’s not likely that we’re going to get there any time soon. The fastest man-made object we can at present lay our hands on – the Juno probe – would take about 10,700,000 years to get there. That’s about 428,000 generations. Which means that this new Earth Mark II, which scientists are widely expected to 'fess up to later this month, is just down the road, at a mere 4.24 light years away. Pack light, as Juno will have you there in just 31,500-ish years.

This week in space: things get a bit weird
Categories